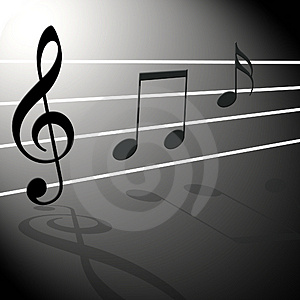 The history of music in Christian worship is a substantial one which can trace its origins all the way back to pre-Christian times in the Old Testament. In those very early days we read of the Jewish people singing, playing instrumental music and even dancing. Such activity was widely used as a means of expressing faith. Music played an important role in many acts of celebration and worship. It was into that society that Jesus was born.

Over the two thousand years since Christ’s life the use of music in Christian worship has gone through many phases and many musical idioms. It is really over the second of those two thousand years that church music, as we know it today, has developed.

One of the most important events in the whole of the world of music came about through the work of a Benedictine monk, Guido of Arrezzo who lived from about 995 to 1050. He didn’t actually ‘invent’ staff notation but he perfected it, completing the evolution of the earlier neumes into plainsong script, which was the forerunner of what we know today as ‘tonic-solfa’. All music had previously been passed down by aural tradition so the facility to write down music for others to read and perform was a massive step forward. Almost all musical expression since that time has come as a direct result of that development.

From that time on, composers were able to create substantial works for use in worship. This early church music was written to form the framework of an act of worship. The music was performed primarily by professional musicians attached to the church and was not for congregation participation. Composers did eventually begin to incorporate chorales (hymns) into the liturgy which gave the congregation the opportunity to join in at certain points in the service.

Many of the greatest composers over the centuries have added their voices to the ever growing repertoire of great church music. Bach, Handel, Mozart, Beethoven and many others have given us masterpieces adding to the wealth of music in Christian worship. We tend to know many of these works today through concert performances, forgetting that many were originally created as liturgical pieces for use in church services.

At times of spiritual revival (the Protestant Reformation, the missions of Moody & Sankey, the evangelical energy which led to the founding of Methodism and the Salvation Army, etc.) there was a burst of hymn writing surrounding these events. These highly creative times in church music led to the appearance of many of the greatest and most popular congregational hymns of all. The hymns from these eras of church history have stood the test of time and are still to be heard today in even the most contemporary of worship situations.

Over the last 50 years worship music has gone through a whole new phase of development. Since the early 1960’s composers of church music have gained much inspiration from the popular music of their day. We now regularly encounter worship bands accompanying church singing rather than the traditional organ. More and more, we hear the term “worship song” rather than the word “hymn” and congregations are becoming much more attuned to worship music in a popular contemporary idiom. This can be a contentious issue at times but it is important that all Christians have the right to express their faith in a manner which suits them. Many churches are coping with this by having both traditional worship and contemporary worship on a Sunday.

So, music in Christian worship continues to develop and change. We now have a massive repertoire of music in many, many different styles and idioms to choose from. At all costs, we must avoid the blinkered view of focusing on music of one idiom and ignoring the rest. Every generation adds to the rich tapestry of worship music we have available to us.

Want to know about new Bible and related products? Subscribe and we will keep you in touch. We won’t send spam, just Christian Bible oriented content.